Entertaining Is What We Do Best 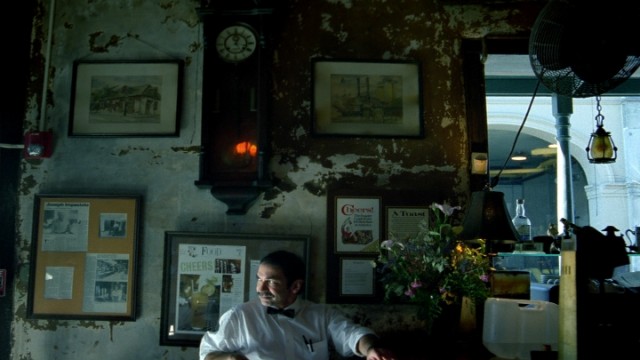 People ask me all the time why Louisiana has become such a hotbed for film and video production. They expect I’ll respond with talk of tax incentives and exotic locations. Those things help, a lot. But the truth of the matter is creative film production in Louisiana is a natural evolution for us. Creativity, entertainment, art, music, food and culture – it’s in our blood. Whether we’re producing a work of art on a canvas, dinner plate, trumpet or on screen, we are unique and we are most definitely creative.

Yes, it’s true that Louisiana has always been home to some of the most creative musicians, artists and writers. We’ve always been known as a people who love a good show. And we’ve always been a location of note for filmmakers. So it’s an absolute reality that our government’s support of the industry has made the difference. In fact, Variety Magazine just recently ranked Louisiana as the number 5 best location for filmmaking in North America based almost entirely on those tax credits.

But here’s the key – no matter the tax incentives, no matter the locations, it’s the people that matter. There are other states in this country with similar tax incentives, and they’re doing well with them. But they’re not doing as well as we are. I believe the real difference lies with the creative spirit that we all have simply from living here.

I don’t want this column to turn into some stereotypical representation of us crazy, crawfish eating cajuns with a flair for entertaining. There are any number of descriptions for Louisiana I could use that we’ve all heard more then enough times. These usually end or begin with “It’s not just the food that’s spicy down on the bayou.” I don’t want to go there. But, a crew from Louisiana isn’t just a crew. Writers, directors, camera operators and actors from Louisiana aren’t just hired technicians. There really is a certain “something” that we bring to the table that you can’t find anywhere else.

When I really sit down to think about it, I’ve come to the conclusion that entertaining is what we do best. Why would we not be one of the premiere filmmaking locations in the world? Think about it – we don’t just go watch a football game. We make it a party of almost unthinkable proportions. We don’t just want our politicians to govern, we rather like it when they entertain as well. We use ingredients for our food that are considered trash worthy every where else and make them into works of art. We make music out of washboards for Pete’s sake. We take everyday things and make them into art, into entertainment and into music.

Louisiana is a hotbed for filmmaking, yes. But we’re an even bigger hotbed for creativity and art. Combine that with huge financial incentives and you get the perfect recipe for filmmaking.

So why Louisiana? Because it’s what we do.