Despite Limitations, iPad Has Promise For Moviemaking 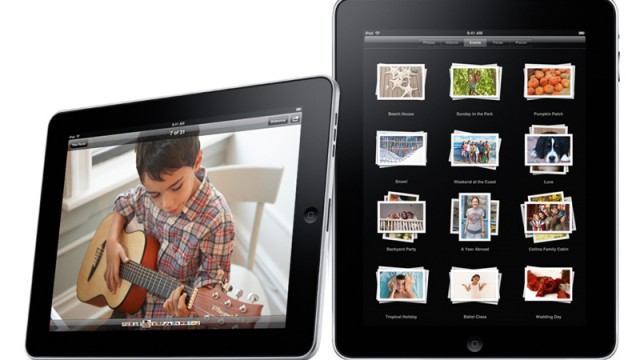 The iPad is basically a giant iPod touch. But, there is the potential that the iPad could have real promise for those of us in the film and video business.

If you’ve read any of my columns, you probably know that I’m a gadget freak. I like to use the term “early adopter” because it makes my unhealthy obsession sound somehow adventurous. So, it’s no surprise that I was on pins and needles leading up to Steve Jobs’ announcement of the iPad. Honestly, I was underwhelmed.

Let’s be honest here — the iPad is basically a giant iPod touch. There are a few tweaks here and there, but nothing groundbreaking in my opinion. There’s no camera, no real business-friendly operating system, no multitasking, no Flash and limited hard drive space. But, there is the potential that the iPad could have real promise for those of us in the film and video business.

First, the iPad by most reviews I have read has a beautiful screen. Yes, it’s not quite true high definition and it’s in 4×3 format, but with a 9.7 inch screen the resolution is more than high enough. At my company, we’ve invested heavily in mobile on-site editing and viewing suites. Our clients love our mobile editing suites. They can see footage immediately and begin editing and color correcting on the spot. I have a feeling that giving them an iPad with the day’s footage for them to take wherever they want and review would be an even bigger hit.

Secondly, the iPad, like the iPhone, is basically a blank canvas for app developers. Nobody, including myself, could have ever imagined the scope and impact mobile applications would have on our day-to-day lives. The iPad gives developers a more powerful system with a much larger touch surface to work with. Already, for the iPhone and iPod touch, we see applications for storyboarding, screenplay writing and even a mobile version of Photoshop. All of these programs are limited by two elements – processing speed and the limited size of the touch surface. With the iPad, those two hurdles are removed.

Further, the larger and more powerful iPad will certainly attract the attention of major software companies, including those in the film and video world. Imagine a stripped down color correction program for in-the-field adjustments. Imagine a stripped down editing system for making rough cuts on the fly. Imagine the possibilities that a large touch screen device in the field has for the creative sect. The world of mobile application development will go from the home office, to corporate headquarters giving us more powerful, fine-tuned applications for all walks of life and work.

Why am I so excited about the iPad for moviemaking? Because I know that better, faster, smaller, lighter and more mobile systems and technology have and will continue to revolutionize our business. The iPad is only in its first iteration, and software developers haven’t yet gotten their hands dirty with the new platform. But when they do, here’s hoping somebody out there sees the promise for film and video production. I have to justify this purchase to my wife somehow.

The iPad is basically a giant iPod touch. But, there is the potential that the iPad could have real promise for those of us in the film and video business.