3D: For Entertainment Purposes Only? 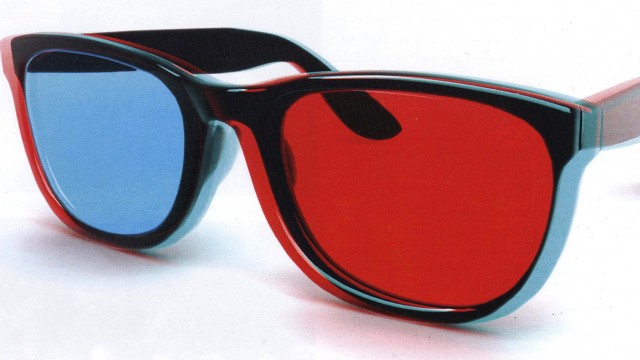 Until very recently, 3D was considered little more than a novelty. Now it seems everyone is jumping on the bandwagon.

Until very recently, 3D was considered little more than a novelty. Most of our experiences with blue and red paper glasses left us dizzy and in need of Aspirin. But Avatar, along with recent announcements of 3D TV channels from Discovery and ESPN, are changing that perception. Now it seems everyone is jumping on the bandwagon.

At my company, we’re gearing up for 3D as well. But as excited as I usually am about new technologies, I’m skeptical about 3D. I know it looks cool. I know there are certain applications where it makes perfect sense. I just wonder if it may end up being more of a distraction than it’s worth. More often than not, in my opinion, 3D takes away from the full experience of watching a great film or television show.

Think about it. What films and TV shows are on your greatest of all time list? Unless you’re a pre-teen or have the maturity of one, you probably rank highest those shows that effected you emotionally. They inspired you, scared you, intrigued you or simply made you think. It’s the story, the writing, the acting and the cinematography. It’s all of those things brought together in a brilliant, seamless way.

But, when you put 3D in the mix, it becomes all about the visual 3 dimensional experience. Every person I ask who has seen Avatar says it looks amazing. They go on and on about the visuals, the 3D and the effects. After about 5 minutes, I finally ask them about the plot. It usually takes them about 30 seconds to remember, but they’ll say something like “Yeah, that was OK, but you have to see it in 3D!”

I don’t mind new technologies. In fact, I would consider myself a serial early-adopter. But when technology masks or replaces the art, I’m suspicious. When I need an extra pair of funny looking glasses to watch a TV show in my underwear on my couch, I’ll pass. And you can bet that every eye glass and sun glass manufacturer on the planet will be marketing high-end, fashionable $300 3D glasses for the home. I’ll pass on that too. The idea of having to watch a sitcom or an LSU football game on TV with blue and red shaded glasses just feels wrong.

Finding truly creative, intelligent and artistic entertainment in film and TV is already a challenge. Once filmmakers and TV producers have 3D to play with, it’s only going to get worse. Because, once again, when you throw 3D in the mix, it becomes all about 3D. The story gets lost, the acting is an afterthought and the emotional impact will compare favorably to a video game.

What about sporting events, you ask? I promise you, once producers get used to 3D, they will begin producing and shooting sporting events for maximum visual impact. You’ll get fantastic action shots at eye level when a linebacker makes a big hit. You’ll get insane visuals of Kobe jumping right into your home for a dunk. And, you’ll get an overall broadcast that will lose site of the game itself.

It may not be long before people are talking about a big game just like they do Avatar. They’ll remember the visuals, but they’ll forget the score. Hopefully, creative minds and intelligent producers won’t get so taken in by the 3D experience, that they’ll miss the forest for the trees. In the mean time, I’ll be on Ebay looking for a good buy on some prescription 3D glasses. I already hate having to wear one pair, I’m sure as heck not going to wear two.

Until very recently, 3D was considered little more than a novelty. Now it seems everyone is jumping on the bandwagon.