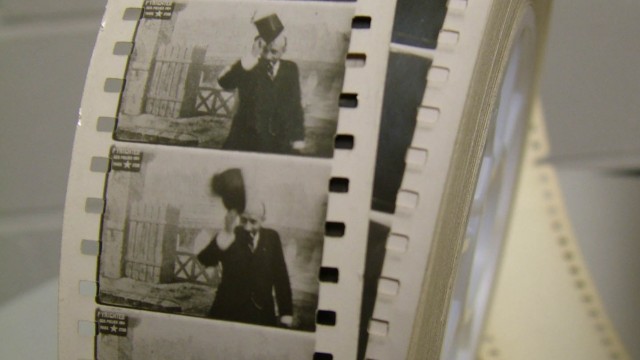 The Library of Congress, along with the Film Foundation, the George Eastman House, and the UCLA Center for Film and Television, is one of the world’s leading film preservationists and their work is extraordinary.

I remember about ten years ago, when I was living in New Orleans, the Library of Congress toured a handful of their prints from The National Film Registry around the country and I was fortunate enough to see them projected at the old Loew’s State Palace Theatre on Canal Street. The opening night film was Stanley Kubrick’s Dr. Strangelove: Or How I Stopped Worrying and Learned to Love the Bomb. It was a beautiful and pristine print and was even introduced by James Earl Jones, who had a small role as one of the crew of the bomber plane.

Other films included Vincente Minnelli’s Meet Me in St. Louis, Stanley Donen’s Singin’ in the Rain, and a fantastic double-feature of Elia Kazan’s On the Waterfront and Martin Scorsese’s Raging Bull.

It’s a shame that the venues for screening such retrospectives is diminishing. Even The Prytania theatre in New Orleans screens DVDs and Blu-Rays in lieu of actual film prints — a practice which is absolutely blasphemous to cinephiles like myself and does an incredible disservice to the average movie-goer as well.

It would be fantastic if Baton Rouge were to open a theatre devoted to screening restored classics and current art films. A theatre, that is, with a variety of projectors; 16mm, 35mm, Digital, even 70mm! (70mm prints look extraordinary not just because of their picture and sound detail [it was the digital of it’s day] but also because the prints are hardly ever run through projectors and are therefore subjected to much less wear and tear that the regular 35mm prints get).