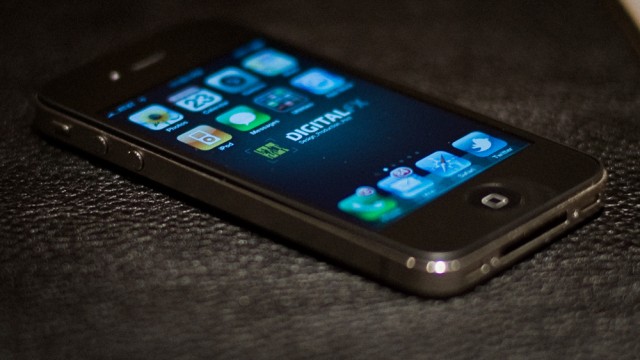 While the iPhone 4 may not be the revolutionary device the original iPhone was, it is still a major step in the quest for the perfect smart phone.

When the original iPhone made its debut, it was a truly revolutionary device. Nothing had ever been made like it. It was small, powerful, entertaining and downright sexy. Since then, there have been three iterations of the device – the 3G, 3Gs and now the iPhone 4. The 3G finally offered 3G connectivity, but was hampered by slow processing and memory speeds. The 3Gs fixed those issues but still left out a number of “wish-list” items. The iPhone 4 seeks to do address all of these issues. So does it? Well, yes and no.

OK, it’s not 1080p, but at 720p it’s still pretty darn good. It’s more than good enough to replace your FLIP camera or other handheld video device, which means the iPhone 4 immediately eliminates the need for any such device. I have access to all the latest digital technology, and I can tell you that the iPhone video is more than capable to address everyday video needs. And since you always have your phone with you, you’ll always have a HD video camera with you too.

If you ever tried to use your original iPhone or 3G(s) camera for anything other than snapshots to post on Facebook, you surely found yourself disappointed. In fact, the camera was downright embarrassing for Apple. The iPhone 4 camera is anything but. It has a 5-megapixel camera with an LED flash. In real-world testing, the photos come out good enough to frame. And, its advanced sensor makes even low-light images palatable. Without a doubt, the camera is one of the biggest, if not THE biggest, reason to upgrade.

It’s true, FaceTime is pretty much a novelty at this point. Both parties must have iPhone 4s and both have to be on wifi. It’s not perfect, but the possibilities are spectacular. Already, app developers are coming out with applications taking full advantage of the forward-facing camera, even one which allows use on 3G networks. But, even without those forthcoming applications, the technology is just plain cool. The first day I got my iPhone 4, I called a client using FaceTime. He wanted to see the progress of an ad we are working on for him but couldn’t make it in. FaceTime allowed him to see and discuss his project with one of our editors. Very cool.

The one thing I love most about FaceTime will probably sound strange at first. I love that the front-facing camera is at eye level. You look directly into the camera by looking directly into the iPhone screen. Why do I love this? Because the effect, when talking to someone else, is that you are looking directly at them. Not at a camera at the top of your monitor at home, not a computer screen – but directly at the person you are facing. The effect is so seamless, you forget completely about the technology and focus only on the person you are talking to, as if they were right there in front of you.

I’m not sure of all the technological claims made by apple about the “retina” display. I’m not even sure what it really means. I do, however, know that the screen is the most stunning screen ever made for any hand-held device. The resolution and clarity is truly unmatched. There’s no more squinting to make out fine details in pictures or websites. Combine the screen with the camera’s high-resolution photographs, HD video and iMovie for the iPhone, and you’ve got a mini production studio in your hands.

While I loved my previous iPhones, I’d be the first to admit that the physical design was a little too cute. Take your old iPhone into a meeting full of blackberries and you are likely to get comments like, “is that an iPhone? Yeah, my 16-year-old daughter loves hers.” The point is the phone didn’t look like a serious, business-friendly device. The iPhone doesn’t look like a toy anymore. It’s industrial design and sleek dimensions are appropriate for even the most conservative suit-wearing business type. Gone is the plastic feel and spongy buttons…finally.

5 Reasons Why It May Not Be Worth It:

2. It’s Not that Much Faster

Lots has been made about the iPhone 4’s improved memory and processing speed. But the truth is, it’s not all that noticeable. Sure, there are a few instances where the speed counts (particularly when switching between apps) but it’s really not that much faster than a 3Gs. But if you’re still on a 3G or, God forbid, the original iPhone – yes, it’s noticeable. Very noticeable.

The iPhone 4 is a new device. So, not surprisingly there are problems. First, everyone has heard and read about receptions issues when holding the phone in your palm. If you happen to cover the small gap on the bottom side of the steel band around the phone, your connection will die and die fast. Second, some users are reporting problems with the SIM card tray. Every few hours, the phone will claim you don’t even have a SIM card. The solution? A new phone…when they come in weeks from now. There are other problems, but basically if you’re an early adopter, you’re also a guinea pig.

Let me first says this – any other carrier in the U.S. would shrivel up and die if it had to deal with the modern-day phenomenon known as new iPhone fever. The demand on their network is staggering. Having said that, they asked for it. And honestly, AT&T service stinks. I can’t get reception in my own home, and I’m not the only one. 3G data used to be fast, it’s now frustrating. And God help you if you have to make a visit to an AT&T store. I went last week to get a new SIM card, which should take 30 seconds. It took over an hour only to learn that I had to present my ID in order to get a new SIM. This is clearly on account of the worldwide conspiracy to illegally purchase SIM cards for somebody else. I didn’t have mine on me. Count to ten, breath, count, breath…

At the risk of being kicked out of Apple land, I have to admit that the Android operating system is pretty cool. It’s the only real competitor to the iPhone and has actually beaten the iPhone in many head-to-head tests. And, you don’t have to limit yourself to one carrier with Droid phones, you don’t have to deal with AT&T and you have your choice of multiple phones.

While the iPhone 4 may not be the revolutionary device the original iPhone was, it is still a major step in the quest for the perfect smart phone. It’s not perfect, of course, and it may not be an altogether necessary upgrade for those who have a 3Gs, but just try to pry my iPhone 4 out of my hands. I dare you…

While the iPhone 4 may not be the revolutionary device the original iPhone was, it is still a major step in the quest for the perfect smart phone.