Hands On With The New Apple TV 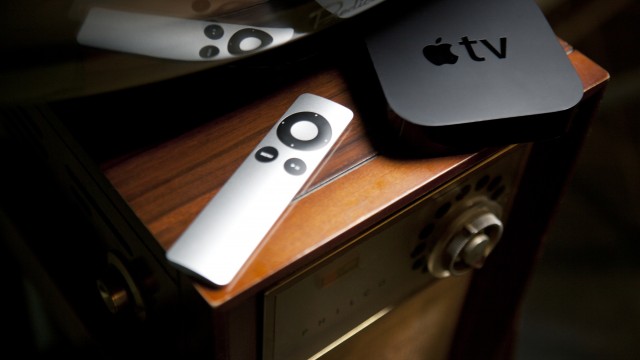 Like a lot of people, I’m constantly in search of the perfect home media distribution device. So, does the new Apple TV deliver? Nope. But, it’s not all bad.

Like a lot of people, I’m constantly in search of the perfect home media distribution device. Media center computers, DVRs, game consoles, SlingBox, and many more devices I have connected with my home television. I also have used the original Apple TV. Not one of them has even come close to giving me what I want — access to live and recorded HD television, HD movies, media stored on my network, photographs, videos and online content. So, does the new Apple TV deliver? Nope. But, it’s not all bad.

Once again, Apple has shown their incredible attention to even the most minute details. Even something as seemingly insignificant as the power cord is extremely well designed. Yes, the power cord. I don’t know what material it’s made out of, but it’s beautiful. The plug itself has a sort of retro feel to it. Most power cords, particularly on cheaper devices, require a separate power supply attached to the cord itself. Apple managed to create this device with the power supply built into the unit. Which is a good thing, because the power supply would have probably been larger than the device itself. Apart from the power cord, the diminutive size of the box is unbelievable. You’ve probably read other reviews which made special note of the size — but I promise you, it’s smaller than you think it is. And, like most Apple products, it too is a brilliant piece of industrial design. Though, I can’t figure out why they made it so small (more on that later). All of this is to say that the Apple TV is inexpensive, not cheap.

My biggest disappointment with the hardware is the remote. If you own an iPhone or Ipad, just go ahead and toss the remote. It’s not that it’s cheap in its construction — it’s not. In fact, it’s quite nice. But it’s useless when navigating the menus, particularly with all the places you have to enter usernames and passwords. Get the free remote App on your iPhone and forget using the remote.

Initially, I was really pleased with the device. For $99, it’s a steal. Navigation (with the iPhone) is simple and straightforward. Within two minutes, I was watching a Netflix movie. Very quickly thereafter, I was streaming content from my computers, browsing YouTube and viewing my Flickr photos.

But soon I realized that all of those things I was doing, which were painless, pretty much summed up the entirety of what I can do with the Apple TV. If you can accept its limitations, that’s not a bad thing. Unfortunately, that is not in my personality.

First, there’s no hard drive. Everything has to stream from an online or network source. This seems to be the wave of the future — preventing media consumers from actually owning anything and only allowing us to rent. I like to own. I like to buy a movie and have access to it whenever I want. Sure, you can go to your computer, use iTunes, and purchase a movie or TV show. Once downloaded (45 minutes later), you can then go to your Apple TV, access your computer and stream directly from your hard drive. And here is the dirty little secret of the Apple TV — it’s seemingly dummy-proof ease of use is basically a smoke screen. If you want to do anything outside of its limited confines, you suddenly add a dozen steps and many minutes of time to the process.

Second, Apple is severely limited in its partnerships with the Apple TV. In my case, this causes a problem. For instance, my DirectTV package does not include AMC in HD. In the past, I would use my old Apple TV to purchase HD episodes of Mad Men and Rubicon and watch them immediately on my television. The new Apple TV does not include AMC, or many other channels for that matter, so I am forced to go back to my computer and download it, then back to my Apple TV, then…you get the idea. It’s a pain.

But, the most notable deficiency with the new Apple TV is the resolution. In a 1080p world, Apple has produced a 720p device. This really shouldn’t come as a surprise. Apple has a history of first generation devices that are a step or two behind current technology (i.e. the original, non 3G, iPhone). It’s not that 720p is absolutely unacceptable. The resolution and image quality is OK. There is noticeable banding here and there, though. I’d give it a B-/C+. I realize that iTunes provides a maximum resolution of 720p for its video products, but surely that will change in the near future. The Apple TV should be ready for that change and able to stream 1080p content. It’s disappointing.

While I like the look of the Apple TV, it’s bothers me that the device is so small. Considering its a media home device meant to pair up with your television, cable or satellite box and other peripherals, it’s noticeably out of place. I realize that Apple only conforms to the design sense of Steve Jobs, but the context of placement should have been considered here. I realize I may be a bit OCD on this, so maybe it’s just me. Additionally, its small size severely limits the number of audio and video connections available. For instance, with only an optical out for audio, you’re out of luck if you want to connect to an analog device.

One very interesting development with the Apple TV is the promise of AirPlay. According to Apple, future software versions will allow for wireless video and audio sharing between your iPhone, iPad and Apple TV. Right now, I’m using a beta version of the software which only allows for audio sharing. But it works perfectly. At press time, I could not test video over AirPlay, but it’s intriguing to say the least.

Despite the drawbacks, I have to keep reminding myself that it’s only $99. And, truthfully, its worth every penny. But why limit access? Why limit capability? Aren’t we now in a time, technologically, where companies like Apple should be pushing the envelope, striving to give consumers access to all things digital? I want access to everything digital in my home. I don’t want to have to purchase eight different devices to do eight different things. I like the new Apple TV, I just wish they had the option of buying a more comprehensive device. Apple’s sense of design and ease of navigation would be a great fit — if only they’d take the training wheels off.

Like a lot of people, I’m constantly in search of the perfect home media distribution device. So, does the new Apple TV deliver? Nope. But, it’s not all bad.