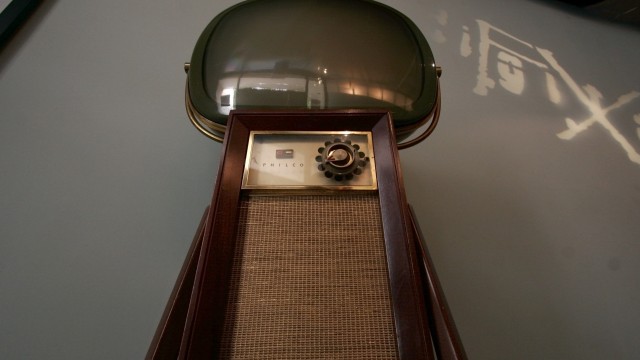 High definition is all clients want to hear about. We wow them with tech jargon like 2k, 4k and DI workflow. And while some clients may mistake a Boujou reference as some sort of NOLA voodoo curse, it doesn’t change one simple fact — everybody wants HD. Everybody.

We spend hundreds of thousands of dollars on camera equipment, software upgrades and computer upgrades because we believe that if you build it, they will come. We yell at the top of our lungs that everything looks better in HD. That car you’re trying to sell? It will look like it’s worth twice its value in HD! Health Insurance? Are you kidding me? Put your health insurance ad in HD and sales will go through the roof!

We shoot in HD. We post in HD. Then, we dumb it down and watch all our hard work, hopes and dreams languish in 4×3 purgatory.

Yes, it is true that commercials produced in HD using the latest production equipment and post-production technology still look better even when presented in SD. But better isn’t enough. It’s high time that broadcast stations take the plunge and invest in HD. And yes, I know the investment is not a small one. It will cost stations hundreds of thousands of dollars to upgrade their systems. But it’s not a financial burden, it’s an investment.

Production houses all over the country have had to invest millions in upgrades to keep up. My company, Digital FX, recently underwent a major expansion and upgrade of our systems. Red cameras, edit suites, software, a SAN system that could power NASA, and the list goes on. As does the costs. But, my clients demand it and we have to provide it. The fact is, that production houses are the ones that are really shouldering the load of HD. Even when stations do finally make the jump to HD, there’s no telling how many different formats we in the production business will have to accommodate.

Stations also must realize that advertising isn’t a small investment either. Before too long, advertisers are going to take notice that their very costly ads stand out for all the wrong reasons. Louisiana broadcast stations will have to take notice after all, it’s advertisers that keep the lights on.

The bottom line is this — SD television sets will soon be a memory. SD programming is almost already a memory. And national advertisers are going exclusively HD. Before too long, the only 4×3 programming anyone will see will be local advertising.

I understand that various technologies come and go in the world of television. But HD isn’t one of those. It’s only going to get more pervasive.

Just recently, most of the television stations in Baton Rouge announced that, despite the government delay, they will comply with the original date for digital conversion on February 17th.

I applaud their decision because there’s no reason to delay the transition. They’re ready and we’re ready. We’re also ready for HD. It’s time for Louisiana’s television stations to get ready too.