Alaskan Bears In 5K, Oh My!

Dave’s trip to shoot Alaskan bears didn’t produce any harrowing tails of bear attacks, but the beauty of those Alaskan bears and the scenery of America’s greatest wilderness left quite an impression on him.

Pop quiz: When an Alaskan brown bear approaches you aggressively you should; a) crouch into a ball and play dead, b) climb a tree, or c) punch it in the face so hard that you break every bone in your arm? For one Alaskan local in Hallo Bay, the answer was C, and he lived to tell the tale. That’s the moment when David Coner knew he wasn’t in Kansas anymore.

Just back home in the safety of Baton Rouge, La, Dave (now 8lbs lighter) has a few tales to tell too. His trip to shoot Alaskan bears didn’t produce any harrowing tails of bear attacks, but the beauty of those Alaskan bears and the scenery of America’s greatest wilderness left quite an impression on him.

Check out this gallery of Dave & the Epic in Action: 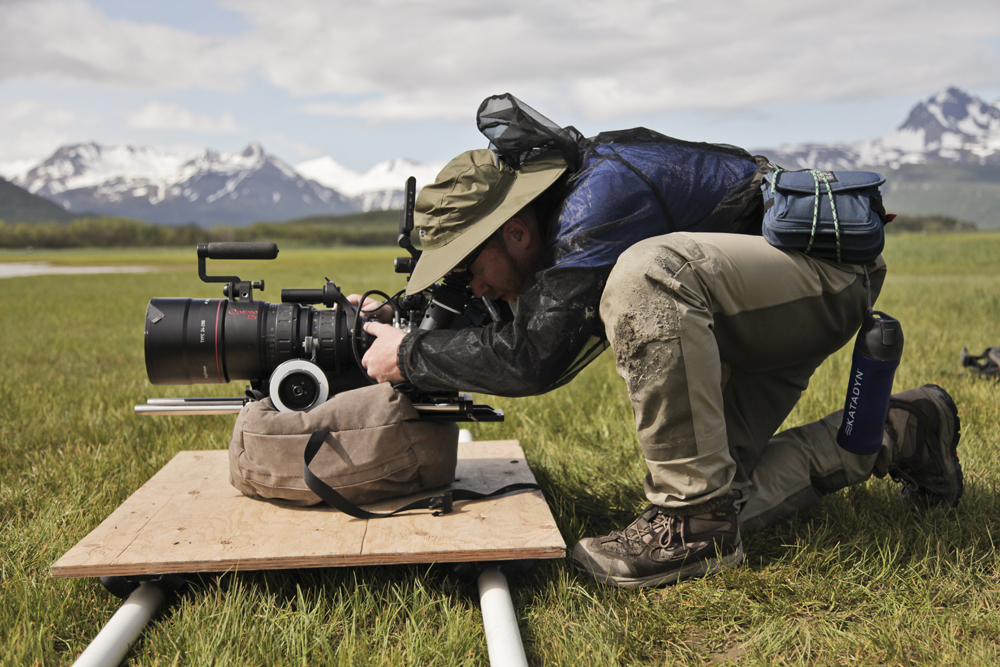 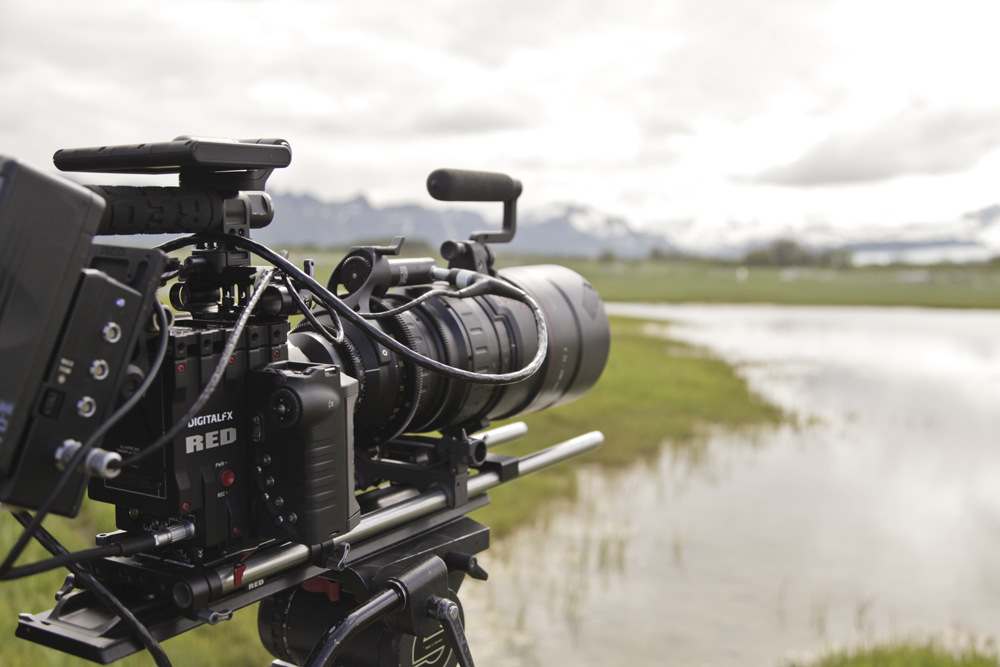 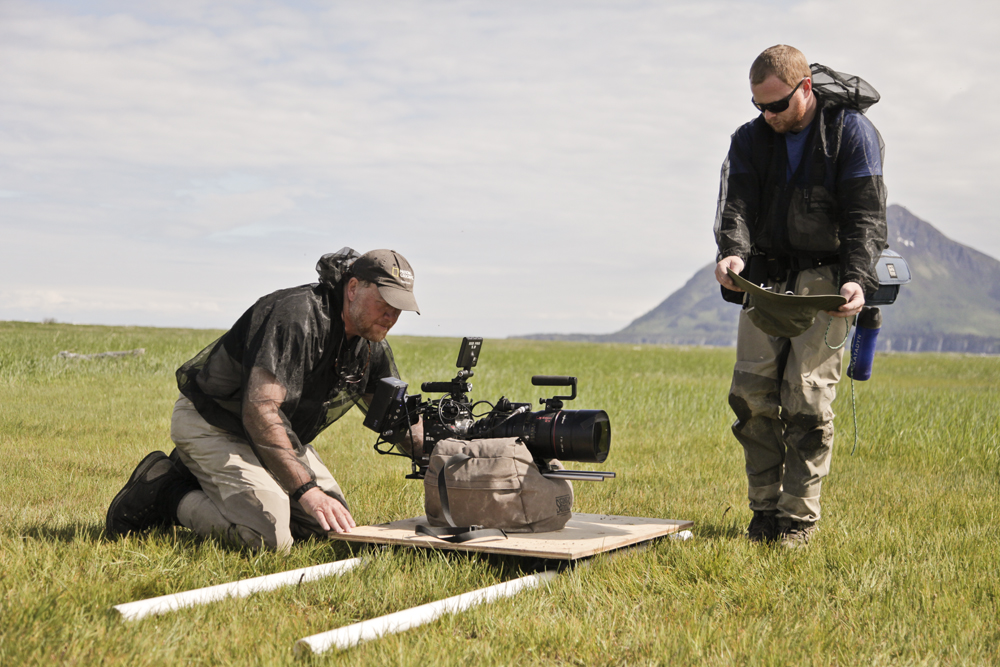 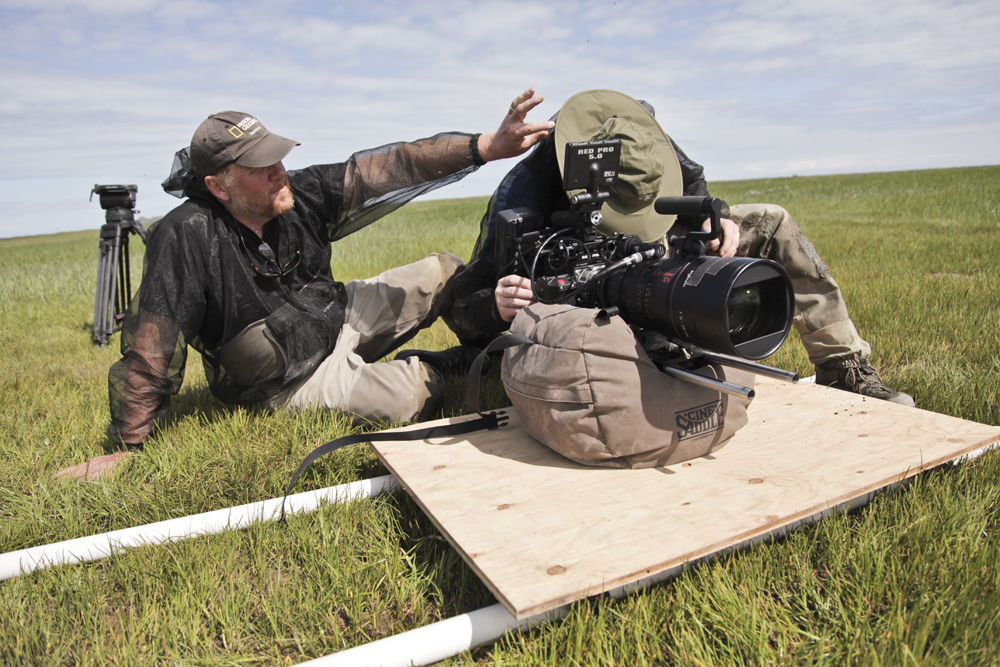 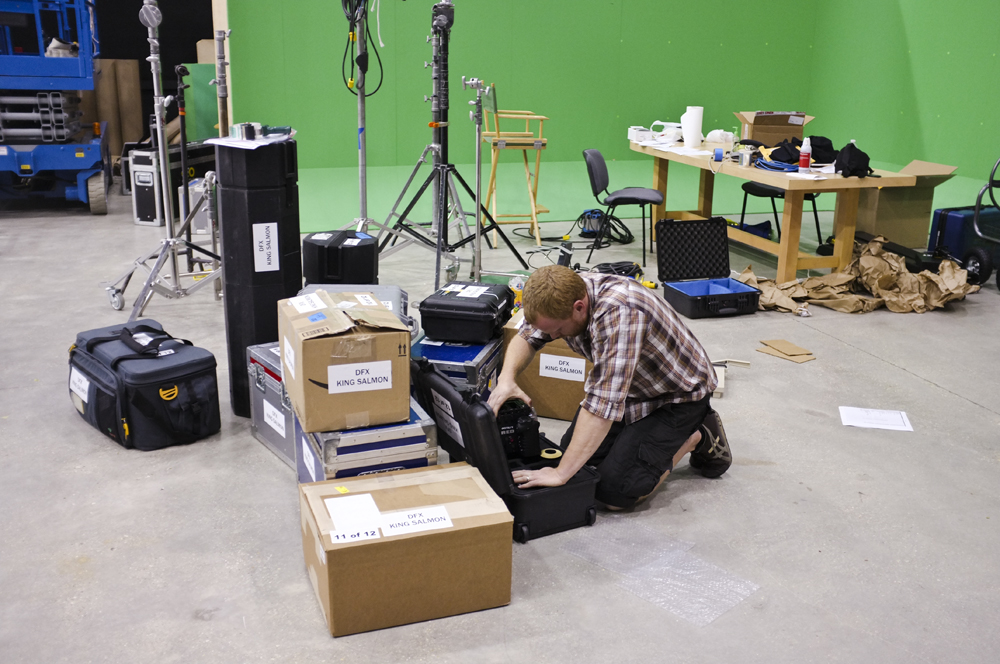 With the Epic, a collection of lenses, batteries, chargers and other accessories in tow, Dave left the oppressive heat of South Louisiana for a two-week stay in the Hallo Bay area of Alaska, just across from Kodiak island. In Anchorage, Dave met up with Mark Emery, director of photography, Jeff Morales, producer, and Eric Schmidt, guide and camp cook. From there, they took small twin-engine prop to King Salmon, population 200. It was here, in a local watering hole, where Dave heard the story of the local man who punched a bear in the face.

With thoughts in mind of possibly having to test their testicular fortitude against a 1,500 pound beast, the crew set off in a 4-person plane to the coastline of Hallo Bay. Within 5 minutes, a large female brown bear walked just 15 feet in front of the crew, looked quizzically at them and went on her way.

For nine days, the three-person crew hiked miles per day in and out of rivers, up and down hills, and through dense bush to capture these amazing creatures in their natural habitat. They did it with the Red Epic. Small, portable, lightweight, and capable of shooting 5k images, the camera was perfectly adapted to the chore. Any other camera would have gotten in the way. The Epic fit like a glove.

Here are some more great photos from Alaska:

Their day began at 4am capturingr sunrise images before hiking back to their camp, protected by an electric bear fence, to enjoy the culinary genius of one Eric Schmidt. After breakfast, it was back on the trail, hauling 70 pound packs filled with camera equipment, clothes, food and water, and of course – bear repellant spray more than 5 miles each way. Sleep was in short supply, but bears were not. They were everywhere, sometimes as close as 8 feet away. The mosquitoes too, were everywhere. According to Dave, they make Louisiana mosquitoes look microscopic and they numbered in the thousands per feet. Full mosquitoes protective garb was a must.

Four and half terabytes later, the crew captured some of the highest resolution imagery ever caught of these animals. And our man Dave, is back with the Epic safe and sound. Thanks to Red Rock Films for this incredible opportunity to put the Epic to the test. Next time though, can we all come?

Here is what DP, Mark Emery, wrote to us:

Greg, Just wanted to thank you all your support and for David. He is one the best AC’s I have ever worked with. He kept after it when much was going wrong and kept his cool around an awful lot of grizzly bears. Congratulations on having employees of this caliber. The EPIC camera is amazing and I need to know more about it as do others in my field. Thanks again and I will be looking forward to the next time we can work together with you… All the best, Mark Emery

Dave’s trip to shoot Alaskan bears didn’t produce any harrowing tails of bear attacks, but the beauty of those Alaskan bears and the scenery of America’s greatest wilderness left quite an impression on him.