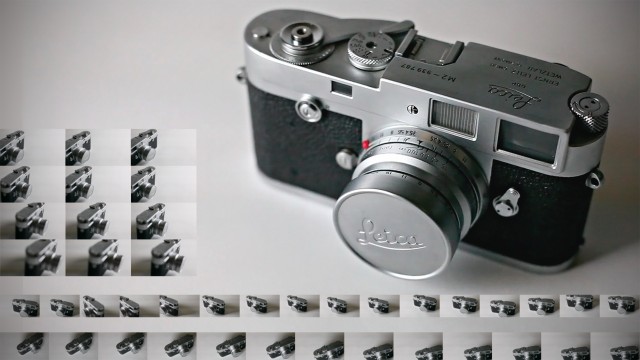 Point and click. It’s as ubiquitous as peanut butter and jelly or plug and play. But almost as soon as it came, it appears to be going away.

Point and click. It’s as ubiquitous as peanut butter and jelly or plug and play. It communicates ease of use, no hassle photography. But almost as soon as it came, it appears to be going away. With the proliferation of high-end video in reasonably priced digital still cameras, the point and click is quickly becoming simply point. Folks are using their still cameras for family videos, kid’s recitals and yes even professional commercial video productions.

The opposite is true as well. HD video cameras are producing high enough resolutions where photographers are able to pull out single frames from the video and use them for high-end photography. The RED camera, a personal favorite of mine, was used recently for a Time magazine cover spread. The result was a super high-end resolution still image with video to go along.

We’re seeing before us a monumental shift in the product lines and uses for folks in the video and photography industries. Cameras are no longer still or video, they are either/or. Already, there’s a new term for it coined by RED – the Digital Still Motion Camera (DSMC). The Canon 5D is a perfect example. Right now, there are high-end commercial productions going on across the country using only Canon 5D cameras for video. It’s relatively inexpensive, produces superb HD footage and it’s small and lightweight. Best of all, because it is a full-frame 35mm camera, it produces a very shallow depth of field for that film look and feel. I’m a technology freak. I love new gadgets. But I can’t help but feel a bit nostalgic about this digital shift. I started my career with film. I fell in love with photography using Kodak’s legendary Kodachrome. The images are real, they’re organic. No, they’re not perfect, but it’s that imperfection that makes them feel so natural. Digital on the other hand, seems to seek to make the imperfect perfect.

Plus, I like to click. I love that moment when you know, you just know, you’ve captured THE moment in a still format. Nothing will ever replace the impact of still images. But when you can pick and choose from hours of video footage to pull out one frame for a still photo, it’s almost cheating. Digital has already taken much of the skill and art out of photography, now the moment, the click, is going the way of 35mm. Is that a good thing or a bad thing? I don’t know really. But I have a feeling that I’m going to miss it.

Point and click. It’s as ubiquitous as peanut butter and jelly or plug and play. But almost as soon as it came, it appears to be going away.